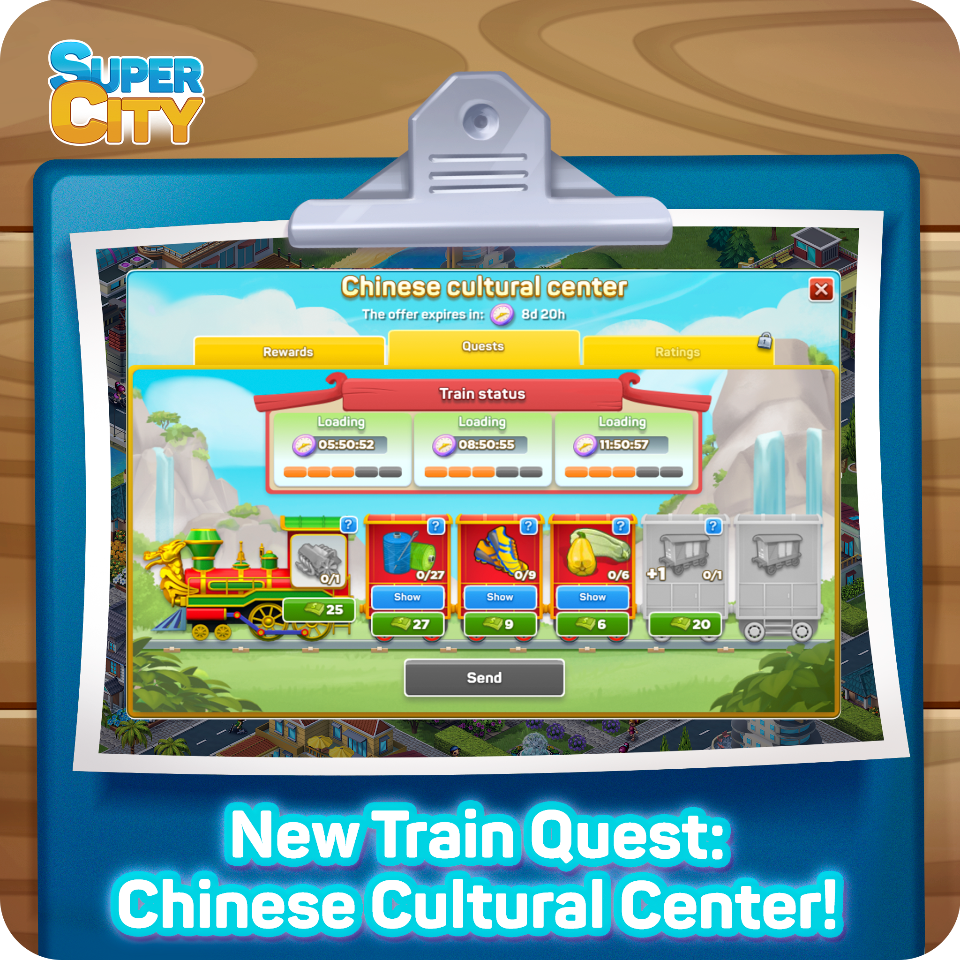 Requirements: level 60+ You should also have cleared the block leading to the snowy plateau.

The main reward is the Chinese Cultural Center: 4,500 coins, 3-5 daffodils every 20 hours, can be placed everywhere; size is 7x8 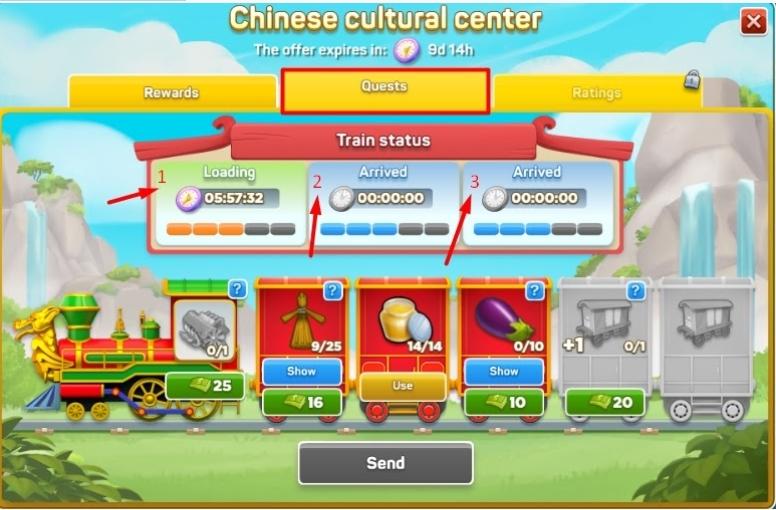 You have some time to load the train and once you send it out, it will take some time to return. Once the train is at the railway station and you click on the train, its status will change from “Arrived” to “Loading” and the timer will start!

For every train with cargo that you will send out, you will receive a number of Chinese Jewelry Boxes, Decorated fans, and Lucky Coin Amulets.
How many items you get depends on the number of wagons you loaded. You can see how many Chinese Jewelry boxes you get for a train by checking the hint next to the “Send” button: 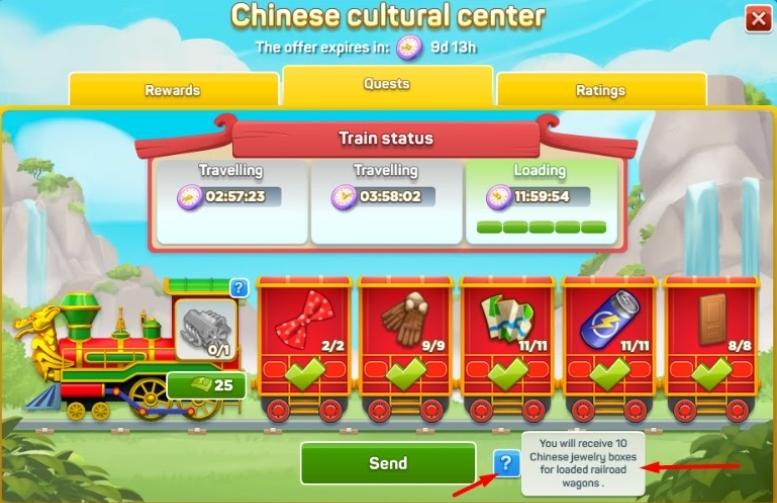 This time there are just regular trains, no golden trains.
Rewards

There are 2 tabs in the Rewards section, the first tab is called “Basic goals”. 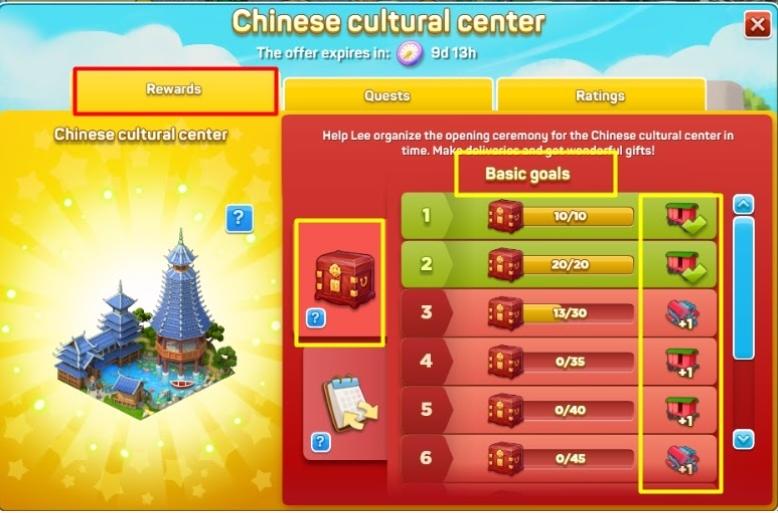 In the “Basic goals” tab you will be able to get extra engines, wagons, and the main prize. If you already have all the engines and wagons, in return for each new you will receive 10 Lucky coins and amulets. 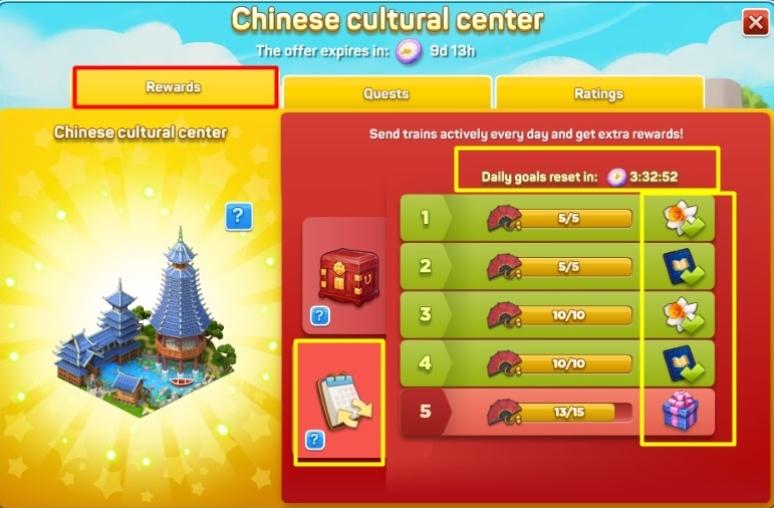 If you play the quest actively and you send trains every day, you can get extra rewards such as Daffodils, archive cards, shovels for the Treasure Hunt, tokens for the Wheel of Fortune, Spring keys. 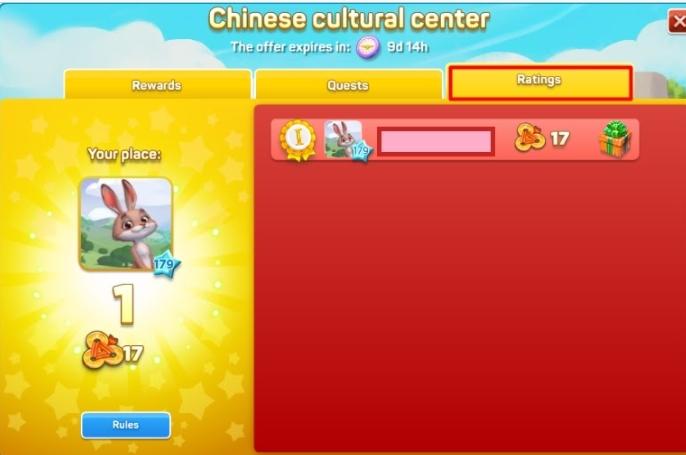