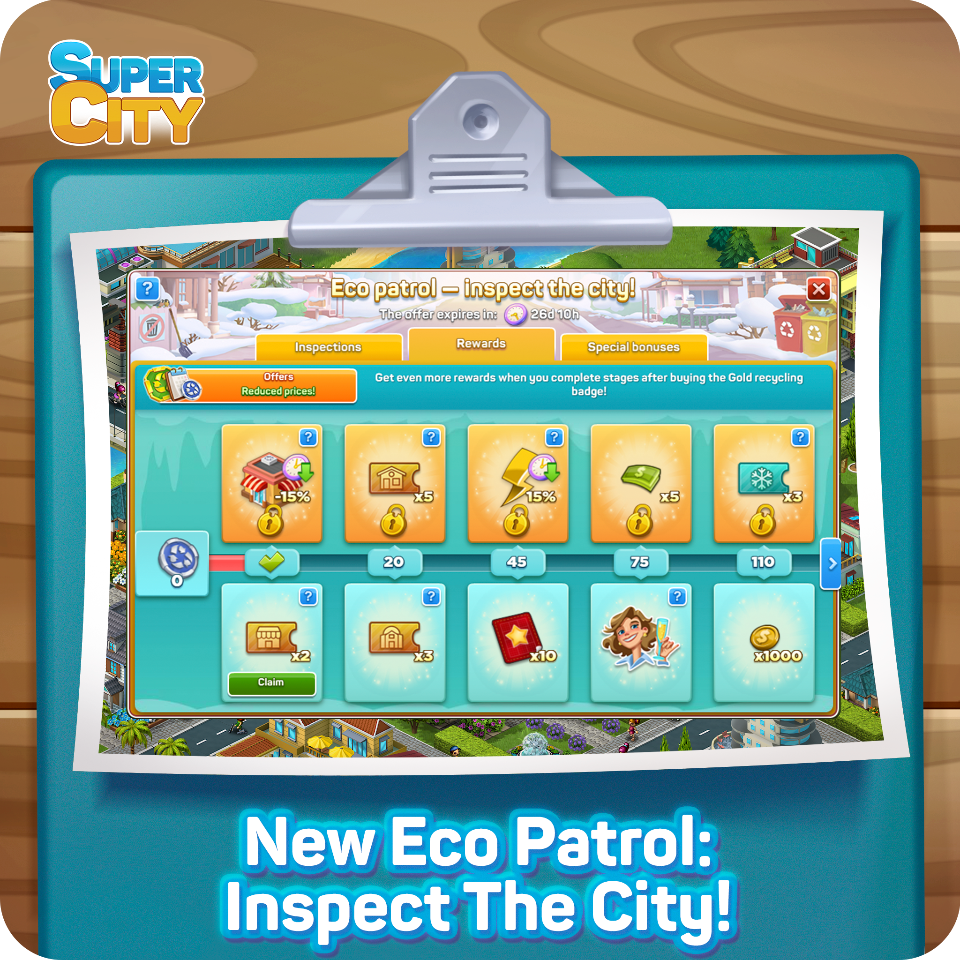 The promotion is available to players of level 10+.

Attention: the points of the previous season pass do not transfer to the new one!

Daily quests refresh every day at the same time.

During the validity of the season pass, regular quests will also appear in the game, for example, Calendar quests, a Treasure Hunter, or an Expedition.

In the season pass, you will have tasks related to these quests added (note that this is not displayed in advance in the tasks tab, tasks appear automatically after the release of quests).

In tasks of this kind, only the progress that you receive after you have received the task will be taken into account.

Important: In the quests of the merchant's tent, those quests that you already have at the time the Season Pass appears in the game will not be counted. All new quests issued will count towards the Season Pass quests.

When a club member buys a season pass, several club members have the opportunity to pick up a gift:

In the bonus panel you will see:

1. information about who bought the pass

4. number of items in the bonus

Once you take the bonus then there will be a (✅) by it and the number will decrease from 5 people can claim to 4 and so on until they are all gone.  After all 5 have bonuses have been claimed then the message will disappear from the window

This time we have other offers along with the gold recycle badge!

You will also see that you can get boosts and speedups:

You can also get new building skins for the Pizza House and Premium Cottage!

Please note that bonuses become active only after purchasing the Golden Recycling Badge (and accumulating enough recycling badges to unlock the bonus in the rewards tab) they are only active during the Season Pass's running time: