This tab is separated into 2 sections, one is the Daily Quests and the other is the Quests for the whole event. 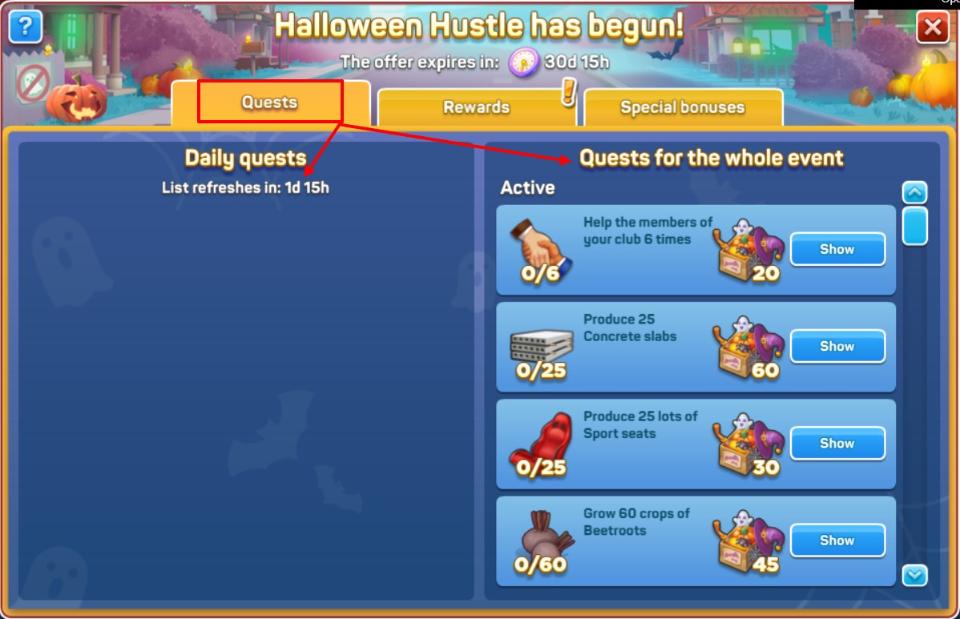 Daily quests:
Daily quests refresh every day at the same time.
For completing each daily quest, the player receives 7 Boxes of Halloween decorations. In total, a player can score 28 Boxes of Halloween decorations for daily quests per day.
Quests for the whole event:
Unlike daily quests, the player receives all quests of the week at once. These quests are not random, i.e. each player receives the set of quests that corresponds to their level; quests are the same for all players.
During the season pass, regular quests will also appear in the game, for example, Calendar quests, a Treasure Hunt, or an Expedition.
In the season pass, you will have tasks related to these quests added (note that this is not displayed in advance in the tasks tab, tasks appear automatically after the release of quests).
In tasks of this kind, only the progress that you receive after you have received the task will be taken into account.
Important: In the quests of the Trader's tent, those quests that you already have at the time the Season Pass appears in the game will not be counted. All new quests issued will count towards the Season Pass quests.
Gift for club members: For level 30+ players 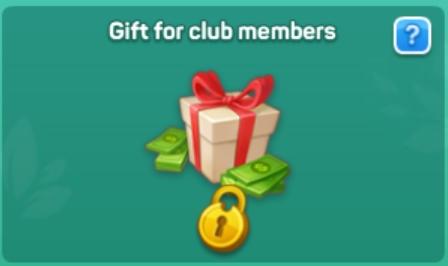 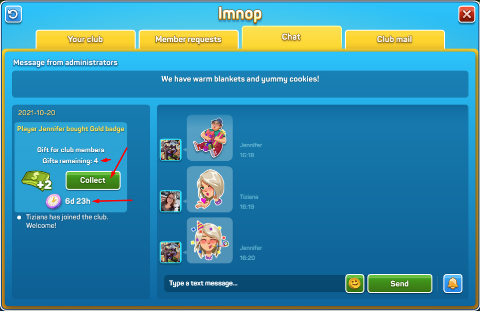 NOTE: You can pick up a bonus from one message only once (for example, player 2 can pick up 2 SB 19 times if all other club members buy a pass.
Once you take the bonus then there will be a (✅) by it and the number will decrease from 5 people can claim to 4 and so on until they are all gone.  After all 5 bonuses have been claimed, the message will disappear from the window.
This time we have other offers along with the gold badge! 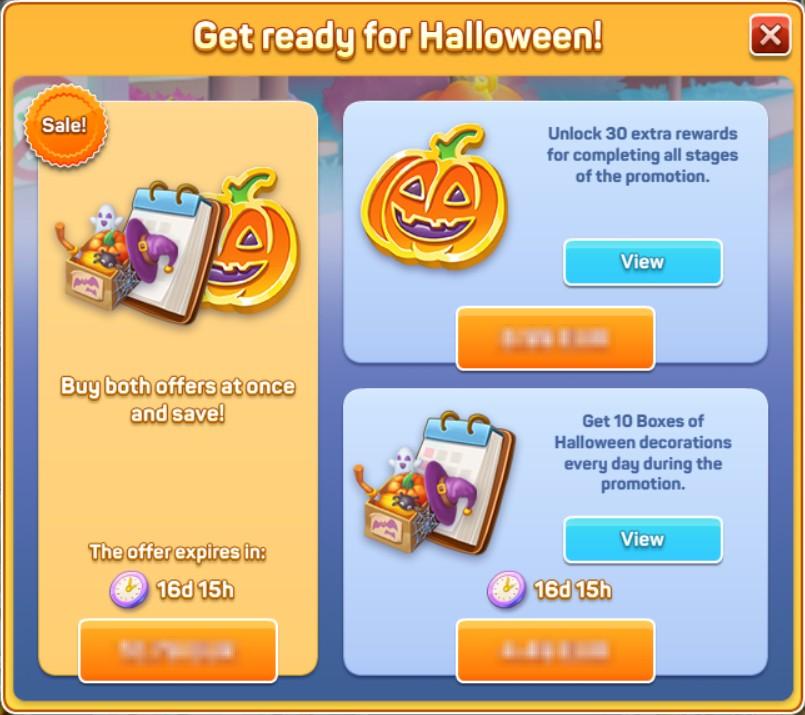 Notice if you buy the “Gold Badge” then you can get more rewards as shown in the window on the TOP Section. 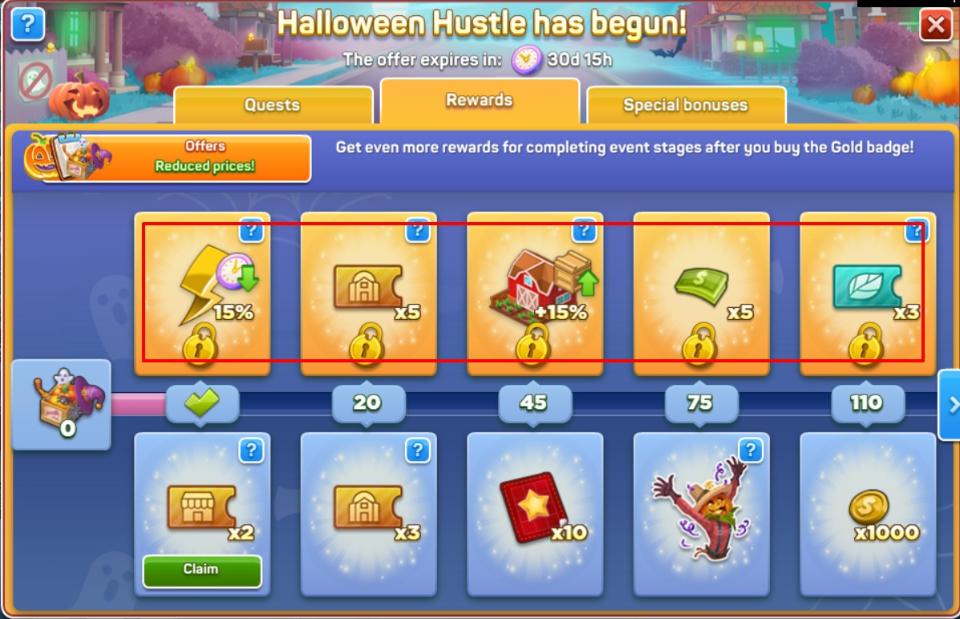 In the Rewards tab, you will find many different types of rewards. You will need to click the Claim button on your rewards. 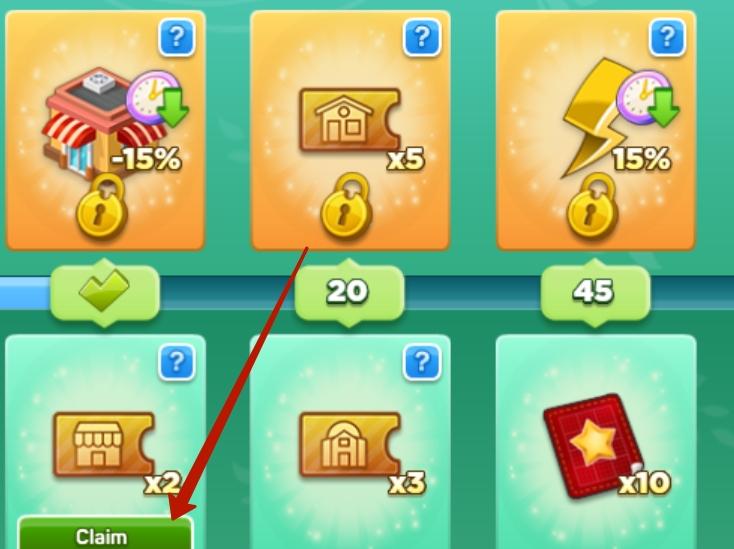 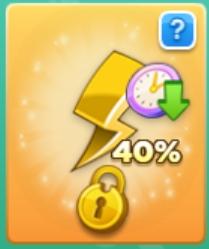 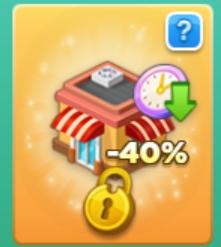 You can also get new skins for the Administration and Launderette! 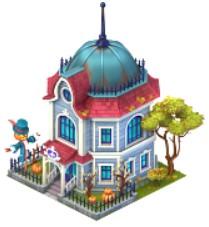 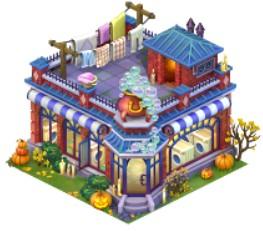 What’s New:
Buy the Gold badge and earn all the rewards to gain access to the safe and its endless rewards. 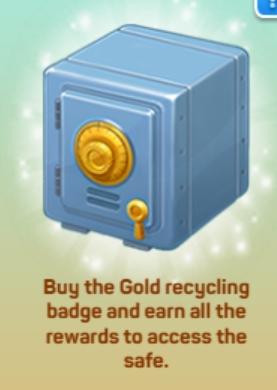 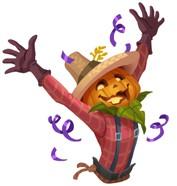 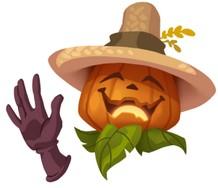 The golden badge gives you the opportunity to receive special bonuses, which are presented in the top row of rewards for the Season Pass, as well as in a separate Special Bonuses Tab.

Please note that bonuses become active only after purchasing the Golden Badge (and accumulating enough recycling badges to unlock the bonus in the rewards tab) they are only active during the Season Pass's running time: 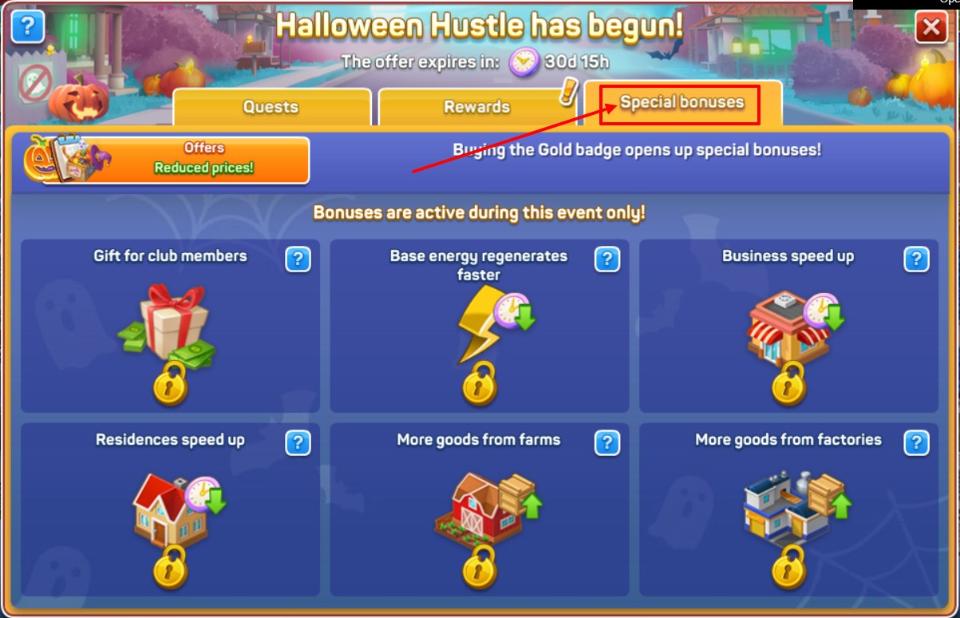 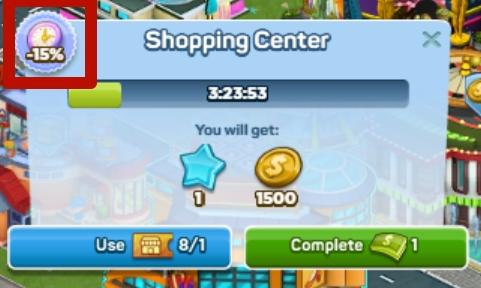 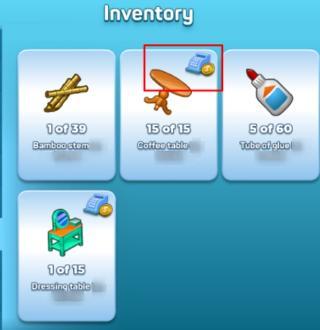